French literature author Alfred de Musset once wrote "No matter the bottle as long as the scent gets you intoxicated". A quote that cannot be applied to Mugler’s Angel! Launched in 1992, the object is an exceptional work of art, as reflected by its design, material and color. The Angel perfume really is one of a kind.

"The star symbol? Just have a look at the cover of the photography book I published in 1988 [which features a gigantic red Soviet star] and you'll see that this is a very long-standing attachment. I didn't choose it; it chose me”, once said Manfred Thierry Mugler. The designer has long been fascinated by the star, by both its shape and its strong symbolism. It is a timeless and universal sign of recognition. The star is the perfect representation of the spectacular, celestial world of Monsieur Mugler.

Present in the couture brand from the very beginning - well before the creation of Angel- the star has signed many Mugler creations: fashion, accessories, leather goods and jewelry and a whole Angel range. "Stars have brought me luck since childhood. They have always been my fetish symbol” as the designer always said.

Long before the intoxication of the fragrance, the bottle has to be noticed. It explains why such attention was brought to the Angel perfume’s bottle design, echoing his admiration for Haute-Perfumery. Just as he does on the runways with each and everyone of his collections, his goal with his first perfume for women was to create the setting for a universe of luxury and exception. It took years for the Brosse Glassmaking Company to work on manufacturing the bottle Monsieur Mugler dreamed of. A technological marvel, the 320-gram bottle in blue-tinted glass, known as the "Collection Star" became the hit of the line and the “gourmand perfume”, represented by iconic muses article, never lost its appeal.

Some of Monsieur Mugler’s shows were accompanied by Edith Piaf’s “Blue like the blue of your eyes” as one of the designer’s major inspirations is this color. Symbol of freedom, of infinity, it’s also the color of dreams and of the sky… As Monsieur Mugler once said: "For me, the blue of the sky is the art of attaining magic, with a touch of reverie". To the brand, the color blue represents dreams and the absoluteness that Thierry Mugler wants to offer women. With it being such a strong part of his story, it was no surprise that he chose this color for his first Angel Eau de Parfum. Proof once more of the designer’s avant-garde vision and perfume’s uniqueness.

As precious as high jewelry, Mugler’s Angel is unique and can be kept forever thanks to the designer’s visionary creation: “The Fountain” that enables all owners of the star-shaped perfume to refill it in store or at home. An eternal jewel. 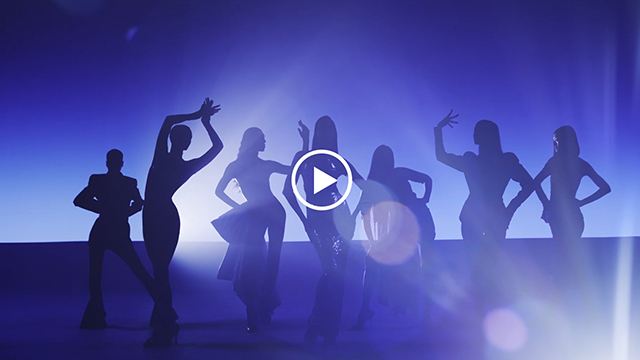